Whilst our passion is aviation we can understand others for whom steam locomotives or racing cars is “their thing”. To satisfy those individuals this gallery provides our hallmark sharp quality prints for these subjects. If the smell of coal and steam or the whine of an F1 racing car excite you then you will find something for your wall here. 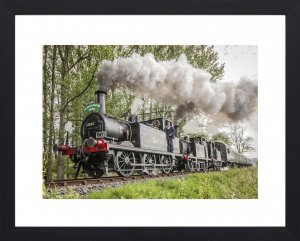 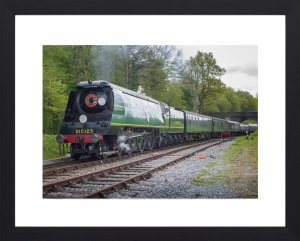 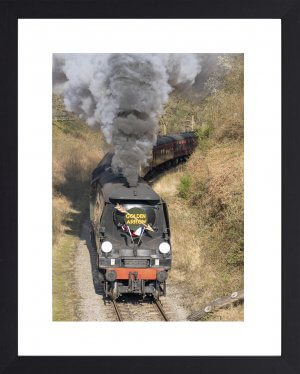 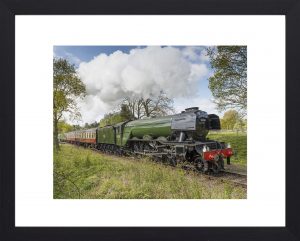 £32.00 – £65.00
The railway has a long history, and when you see a moving steam locomotive, this story comes to life. From the 16th century horse-drawn vehicles were running on rails, but the triumph of the railways was undoubtedly brought about by the steam engine. The first steam locomotive was built in 1804, but the history of the public railway, accessible by anyone, began in 1825. The real technical breakthrough was made by George Stephenson, who built a total of 17 experimental locomotives. In 1825, Locomotion No. 1 opened the world's first public railway between Stockton and Darlington. Stephenson's locomotive pulled a total of 33 wagons, reaching 15 mph (24 km/h) which at that time was a truly impressive performance. However, his most famous locomotive was Rocket, which won the Liverpool & Manchester Railway Company award in 1829. This locomotive provided the template for the locomotives of the next hundred years.

Steam locomotives were withdrawn from everyday public transport a long time ago. Nowadays, they are only operated in celebration of the good old days. There is no comparison in terms of speed to the magnetic train of the JR-Maglev railway in Japan. But in terms of beauty and power the steam train is much admired. The noise and the smell of the steam engines recall times when journeys were long and time was spent admiring the unfolding landscape through the windows. Our locomotive photos and prints are for those who admire these magnificent machines to this day.

Alternatively, Formula 1 racing cars represent the opposite, a world where speed and the highest performance counts. Engineers strive to produce faster and more technologically advanced racing cars, continuous improvements are made, and new records are constantly broken. For F1 lovers speed, excitement and competition are of vital importance. With that in mind we have photos and prints of Formula 1 racing cars, with Lewis Hamilton’s, Michael Schumacher’s or David Coulthard’s famous moments in our collection.
error: Content is protected !!